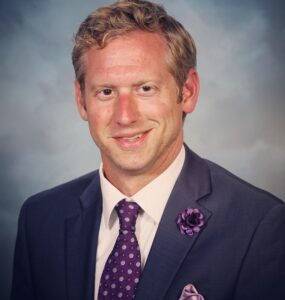 I am an assignment editor at NBC News at 30 Rockefeller Plaza in New York City. I help our team spearhead coverage of breaking/developing news stories across America, both editorially and logistically. Prior to joining NBC, I had served as the assignment manager for Spectrum News in Central New York for 12 years. I had also served as president of the Syracuse Press Club for a record-six terms. My entire career started with John Tomerlin’s Radio-TV Production class at BOCES. I went to Cayuga Community College because of our class tour there and proceeded to go to the Roy H. Park School of Communications at Ithaca College thereafter, graduating in 2008. The road map was laid out in that classroom. Everything was.

John Tomerlin and Radio/TV essentially created my career for me…I went to the colleges he recommended and for the most part, followed his advice for my career post-college. Even years after graduating (some 16 now), we have remained close and he has counseled me over coffee and Olean’s finest donuts. I did my first radio newscast for practice and for the air at WSBU 88.3 FM in his class. I learned local news lingo and how to write news scripts. I did my first TV documentary (that aired on Cable 6) in that class. I learned public speaking. The list goes on. I am still friends with many folks from my time at BOCES and it was the highlight of my time at Olean High School.